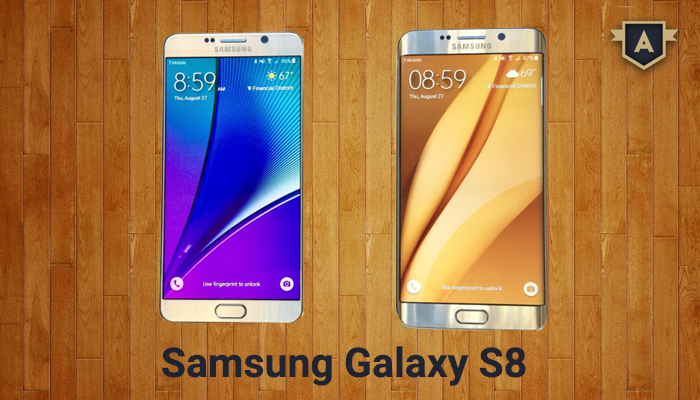 According to recent reports, Samsung is going to introduce a next generation flagship Smartphone in its Unpacked 2017 event at the Mobile World Congress (2017). It has been reported that the new Samsung Galaxy S8 will be made available in multiple variants and not just a single variant. As per the latest reports, the Samsung Galaxy S8 is expected to feature a larger screen this time.

The next flagship from the house of Samsung which will be unveiled at Mobile World Congress 2017 will be made available in two variants: one being a 5.7-inch and second being a massive 6.2-inch. The Samsung Galaxy S8 in the 6.2-inch screen size is expected to feature a bezel-less design, with over 90 % screen to body ratio. This is to make sure that the dimensions of the Galaxy S8 don’t vary much from the S7 edge model.

Also, it has been speculated that the 6.2-inch variant has been included to entice the Note 7 customers, who couldn’t get the device after it was recalled worldwide because of the battery burning issues. Earlier this year, Samsung brought the Galaxy S7 and S7 edge variant at 5.1-inch and 5.5-inch sizes respectively while the Note 7 was introduced in the 5.7-inch screen size.

Moreover, according to the report it was stated that the Galaxy S8 will differ from the planar design language and both the models will feature a curved display, just like the Galaxy edge series.

Apart from the size and look of the device, the most widespread rumors claims the phone to come with a Snapdragon 830 SoC, a dual-camera setup on the rear, a 2K display, and a screen to body ratio of a massive 90 percent. Another highlight which is expected to be the introduced with the S8 is the Samsung’s own AI assistant, like Apple’s Siri, Google Assistant and Amazon’s Alexa. Furthermore, this assistant feature is also rumored to get a place for button on the S8.

Well everything will be cleared when the company launches it officially in the upcoming MWC event 2017. The company must be hoping to regain its reputation with S8 after the global fiasco of its Galaxy Note 7.