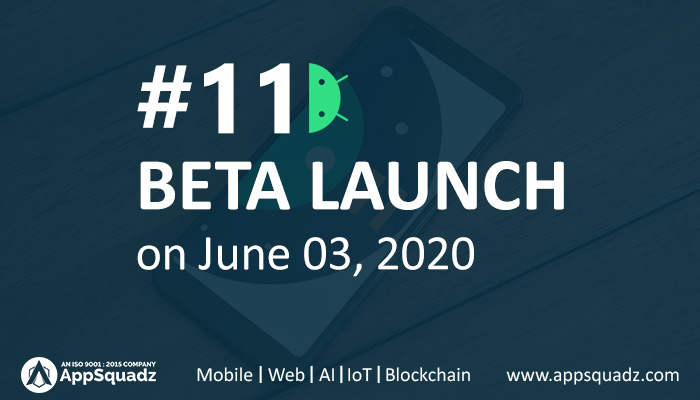 As we all know that due to coronavirus pandemic, everything is shut down and there has been massive loss to the businesses out there. But, everything can be made possible by doing some efforts for business. As we know that the demand of android developers are increasing at fast pace and hence there have been massive growth in the demand of android developers.

For this you can even host online seminars, webinars, events and more that can make your business continuity stable and on track. There are most of the app development companies who are looking for android app developers to develop their business app for audience and which will help them to keep their business on track.

Keeping all this in mind, with seemingly fanfare at all, Google has recently announced to host an event show which is going to be online on 03, June, 2020 in the favor of android developers. There has been recent news which is updated by Google that the android 11 page on its developer site with the news about the beta releases for the nest big OS version.

This event is coming soon online on 03rd June, 2020 and also there will be a special launch on YouTube just to make up the lack of Google I/O this year. But, as per the reports, this online event has been postponed due to coronavirus pandemic. This Beta Launch show will highly aim to include all the same news, latest updates and announcements which will be shared by the android team in person at Google’s Mountain View Campus on the Shoreline Amphitheater stage at the time of I/O keynote.

All those people who are highly interested i.e. the business owners, entrepreneurs, android developers and more can attend this event and here they will come to know about the new latest tech trends about the beta launch of android 11 which will help you in near future. Due to the COVID 19 pandemic, to put all the end to Google’s annual developer conference is just like that it already has so many other major events to host on. But this also much as we could hope for that.

In this event, it looks like that there will be going to have a question and answer segment which will be beneficial for the people where they have put over their queries and can resolve them at instant. With Android VP Dave Burke and Senior Director of Product Management Stephanie Cuthbertson are the persons who will be answering to all your queries, therefore be prepared with the list of questions that you need to ask.

If you want to get a chance to have your question discussed during the live event show, then for this you have to tweet on twitter at Android Developers by using the hashtag #askandroid. There is not a whole lot else to go right now, but in this post we have only covered the potentials and the probable of android 11 features and the three previews which have released so far.

We are actually expecting that the Beta to come in May but due to some circumstances it will be conducted in the month of June and looks like there was an issue with Google which is little behind the schedule. The Android 11’s timeline which is currently seen as the second beta version is going to be released in the month July.

Some of the major latest features in android 11 developer preview 4 will include the resizing for the picture in picture and new select tool for the recent menus and many more. So, as all the details for the android 11 beta test show event has been provided above, hence it is better to attend the event and resolve all your queries that might be occurring in your state of mind.

We hope all the android developers might be waiting for this event to be conducted soon. All of you will be participating in it on June 3, 2020 and would like to know something interesting and new about the android 11, but now as we know that the event has been made postponed due to COVID 19 pandemic. We make sure that attending this online event will surely help you to learn more about the beta test version of android 11.