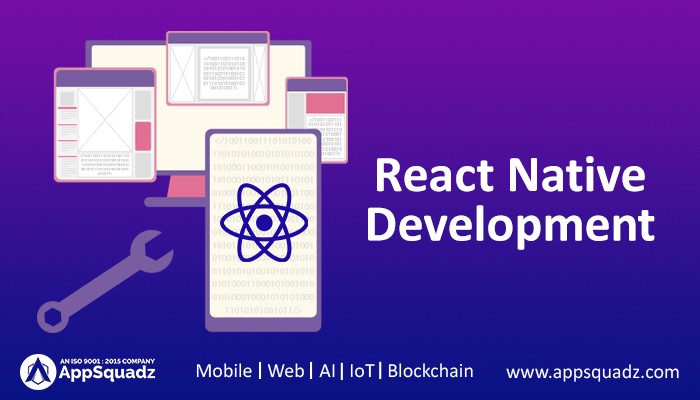 Mobile phones are just an integral part of our lives now because of which mobile app development has become the potential market. So many people are using mobile phones today, and billions of apps are downloaded every year. When it comes to app development, the app developers are flummoxed to develop apps that deliver exceptional user experience or to provide apps that are faster to create and can run on various platforms. There are multiple types of methods and ways to develop applications. Of which the React Native Framework is one of its kind that develops apps with an unmatched user interface, remarkable user experience, and those which are compatible with multiple platforms with the added plus point of short development cycles, quick in deployment with better performance.

So why it is a favorite of app developers?

Compatible with iOS and Android

It was developed by Facebook to provide support to the iOS platform. But on its release that supports the Android operating system, it can now render a mobile user interface for both the leading operating systems. React Native by Facebook built the Ads Manager app for both platforms. The same team of app developers was used to create an app for iOS and Android. The ability of the framework to develop a faster and fully compatible application makes it stand ahead in the league.

React Native development consists of building reusable blocks. These native-like features are ready to compile into native components. These components are just the counterparts of the elements in iOS and Android. Thus, the reusability feature allows hybrid applications to render natively.

Besides the classic hybrid frameworks, these components also allow building apps based on the web style and agility without the need for the web with the speed, appearance, and features like native applications. Therefore it reduces the number of resources the developer has to depend upon during development. With a small range of skills, the developer can develop apps for iOS, Android, and the web.

With this framework, it is possible to add third-party features via their plug-ins.  It helps by linking the plug-in with the native module so that the functionality can be added to the device with higher speed and less memory utilization to give a smooth user experience. Without these features, it would be difficult to add the device’s hardware features to the mobile app. Its library has several third-party plug-ins that help developers to add devices like features like Bluetooth, GPS in the mobile application.

React Native App Development company makes use of the available library to append native elements to the current mobile application. There is no need for the developers to overhaul the app to augment it as per the requirement. Therefore, the developers do not have to rewrite the code from scratch to switch to its library.

In the world of technologies, new technologies are emerging day by day, and the mobile app development industry is growing, reshaping, and adjusting to the new trends. To develop mobile applications various languages, frameworks, tools, latest technology is required that are a suitable option under given circumstances. With React Native framework development it is possible to create apps that offer new UI and UX that are compatible with both iOS and Android platforms by writing the code one time that saves the development time. Contact our mobile app development company for your native app today!