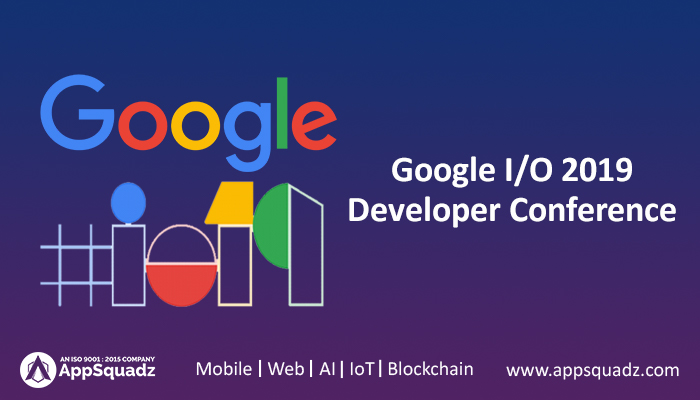 On May 7th, 2019 Google I/O conference inducted at Shoreline Amphitheater in Mountain View, California was a 3-day event where like last year, Google made announcements of its latest releases. This time the emphasis was on the privacy, AR, AI, and many other technologies.

Below is the Complete Summary of the Event:

Google’s latest announcements were inclusive of new releases – products and services. The discussion followed by the declaration exclaimed of what new is being launched for the Android app developers and users. Here are the major highpoints of the event where Google expressed what it has launched, keeping a panoptic vision of how it will affect the lives of the people and the society on the whole. Even the spectators are evaluating how these new issues are going to affect the consumer class.

The tech giants, as they are called proudly announced that presently, 2.5 billion happy Android users are using Android devices. So for the Android developers, the company has launched Android Q Beta. The 3rd Beta version is not bounded to develop only pixel devices; instead, now it will be installed on 12 different OEMs. This will allow them the possibility to experiment with its functionality of 21 different smartphones.

The various features include support by the native operating system for foldable devices and 5G network, the device can respond to the notifications system-wide. The mobile gadget can have security covers without the need to reboot the machine, with the ability to push application updates manually on the user’s Android device.

As the rumors already had it, the company introduced its two android devices called Pixel 3a and an XL version of it. These devices have low out-of-pocket cost with an ability to establish its mien in the market with features like Night Sight for the Pixel cameras with the portrait mode and high-speed motion focus.

The phone is quickly charged as compared to other phones and has a 30-hour charge, and will have security and versions update up to three years along with the Android Q, R, S update as per the pixel devices. Also, it provides a 3.5 mm headphone jack and Google’s call screening starting at $399.

The company publicized its upcoming venture to launch Nest Hub Max, which is a unification of two brands like Nest and Google home.  The device will come with a camera that will have a thumping bass and will present features like Amazon echo Show. It is designed with wide-angle cameras to capture everything anywhere in the room and help the users to make Google duo calls efficaciously. The AI-powered device lets the user make hand gestures to perform tricks than to use voice commands.

In the Google’s latest release it made another announcement that the assistant that worked by streaming the voice data to the cloud, where it was processed before sending it back to the phone, used 500 GB of language processing database, which is now reduced to half a GB. The Google assistant in no longer dependent on the internet connection to work as with the new launch every phone will have an AI-supported assistant to deliver quick and seamless interactions. The new computational models allow it to run offline while switching between various apps along with performing varied tasks without touching the screen.

Up till now Firebase- the mobile and web development platform had 18 products to offer with 100 improvements over the past six months. At the conference, Google declared that more enhancements would be realized gradually. This includes Performance Monitoring, which helped the developers to collect all the app performance data in a single console will now be available in the beta web apps. This will further help the developers to glean the overall data about the speed and performance of the web app.

Next, comes the Cloud Firestore that is a Google’s NoSQL database is now accessible at lesser costs. The process of searching for fields through the same name from same or different repositories is now more comfortable with the Collection Group Queries.

With the presence of Cloud Emulators, the developers now have the privilege to test the functions locally before deploying them. Also, the Firebase Crashlytics will provide their support to Android NDK and Unity.

These are some of the announcements made during the three-day event of Google I/O conference. For if you want to know more about the upcoming releases, stay connected to the blog section!