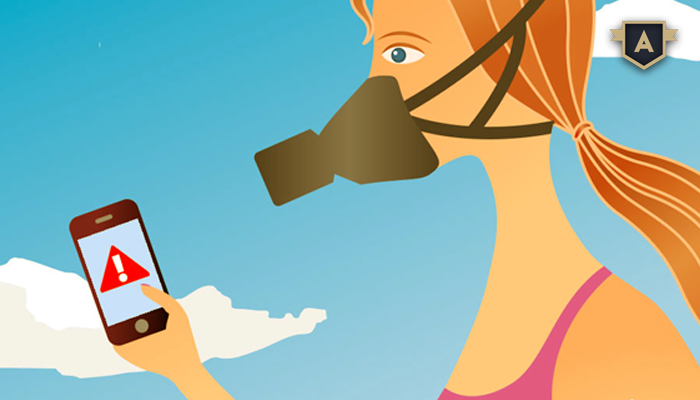 Modern Technologies such as lot can be considered very useful in fighting the ever-increasing pollution. This choking war will need to be fought at two fronts – firstly minimizing pollution and secondly predicting and reacting on real-time basis. This brings us to tracking and monitoring parameters that raises air pollution levels in cities.

Customized sensors can help in recording, storing and analyzing data. With rise in affordable sensors which collect data and with modern storage capabilities, new options keep on emerging, assisting in tracking pollution in a more clear way in real time with reduced costs. Therefore, they are useful in decisions aimed at predicting and preventing pollution. Incorporated with other data sources like the weather station, demographic, and social media data, analysis can be used to yield real-time insight for actions to enhance air quality.

This new technology will provide us with important insights as how to solve this serious issue, which means higher chances to resolve them. Knowing where pollution is actually coming from and how much amount of is present in the air will help make swift and precise actions to overcome it?

Let’s take an example, when sensors detects that air pollution is getting increasing in a particular area, traffic police can be asked to move traffic to other routes which are less congested. Likewise, other responses could comprise method such as allocation of extra medical staff in areas where larger number of patients with respiratory ailments are residing, regulating industries about pollution, etc. Such methods will help in managing manage the issue on a real-time basis. Pollution can also be tackled by leveraging this technology by making smarter use of public resources like energy or water. For example, sensor-enabled street lights could automatically adjust it after analyzing the number of people present in an area at a particular time.

As per a recent study, air pollution is responsible for taking lives of more than 5.5 million people worldwide every year and half of these deaths occur in China and India mainly. Delhi’s toxic smog scenario is a wake-up call for everyone. A much needed action should be taken now – not only by the government but also by the citizens to curb any such recurrences in the future. If the country wants to progress on the path of growth and development, this is the time to act.