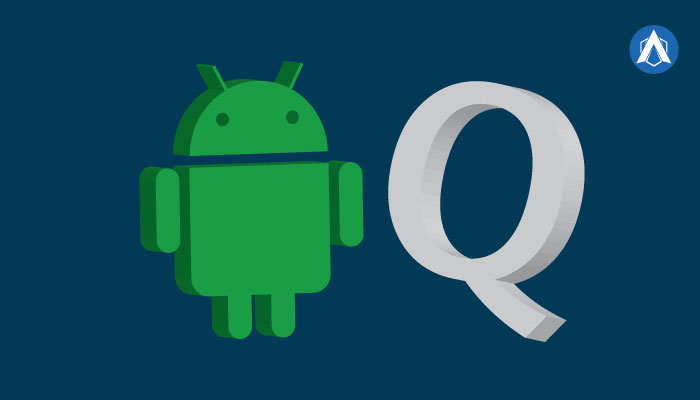 Google is constantly updating its products, and though Android Pie arrived on the devices of ordinary people, the team in Google is working further. They’re currently developing the newer version of Android OS- Android Q. It will be an incremental upgrade to the Pie version, and it will create a whole unique user experience for Android apps.

The essential features that seem exciting in Android Q have been listed below:

It will support the devices of Android that will have foldable displays. The same was announced recently by Samsung for Galaxy F and Galaxy X. The idea has been appreciated by tech giants for making foldable devices arrive in the Android market. These will enable the best services to the users. They’ve also introduced new updates in the feature of the battery, such as turning off the screen it will switch on the battery saving feature. It will ensure that exemplary services are enjoyed by Android users and consume less battery. It also encourages the companies developing apps to enable customization of the apps and thus, create more revenue for themselves.

It is the advanced feature of the Picture in Picture and the Split Screen mode. Through this feature, one can playfully use the split-screen. All the apps will be running simultaneously and independent of the interactions one has with the screens of the other apps opened. This will enable multitasking. It is predicted to make this feature compulsory for foldable devices.

It will create the warning and notification against the older apps, intending to inform the users that the installed app based on the earlier version like Lollipop or an even older version won’t be compatible with the most updated features in their smartphone. It will prevent them from having a bad experience.

4)  Vulkan API to render the UI

It will use the API to deliver an exceptional experience for the users.

The company will improve its compatibility with Treble with the latest Android version. In addition, it will help the users experience quicker software upgrades and flash the Generic System Images on any Android device.

It had been announced during the Android Dev Summit 2018 by the Google team that the update for the latest version is first got on the GSI before it will be accessible on the AOSP. The source code can be accessed by the Mobile app development company and users to test it for performance.

It will automatically add a country’s code to the dialed number, which will be helpful to international travelers.

It will have emoji for the deaf person, the couple who hold hands, 55 skin tones and combinations for gender, the introduction of safety vests, emojis for skunk, yawning face,  kite, onion parachute, diving masks, and briefs.

It will allow users to use a desktop in their device through a particular UI.

It will allow connecting to a monitor placed externally, and one can use the screens of both the monitor and the phone simultaneously. Such feature is currently available in the Note 9 and the Tab S4 provided by Samsung.

It will allow the backing up of the files on the drive when there is no Wi-Fi and battery power.

It is an excellent feature as the phone’s ringtone won’t be played when a call com is kept on hold.

Even Xiaomi has confirmed the receival of Android P on Poco F1. As declared during a Reddit AMA, the Essential Phone will have Q like the last primary OS on the PH-1phone. It will receive monthly security patches till August 2019.

It is also estimated that the sharing menu might be redesigned with the version. It is expected to be out by March 2019 for the developer preview build. Thee-public beta version may be released in May 2019. However, the stable release may follow in August 2019. Many enthusiasts are wondering as to what Android Q is named after.

Historically Google has named all its OS versions after the desserts. So, the guesses go like Quesadilla, Quiche, Quinoa, Quail, Questo, Surabaya, Quaker oats, Quenell, Quinoa pudding, and more. Phones with Oreo pre-installed will be joining the high-end models receiving Android Q.

So, these are the remarkable features that one can expect from the Android Q version, and it is undoubtedly a product that many Android users are waiting for. The plethora of changes that it is offering is sure to enhance the user experience of many android applications substantially and refine the already beautiful and seamless operating system over and over again.