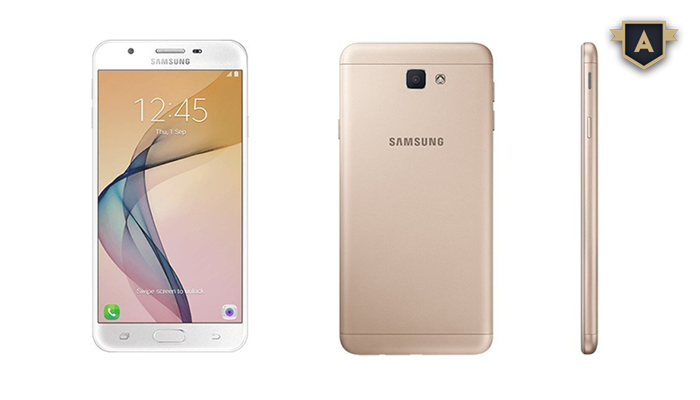 Because of the Samsung Galaxy Note 7 fire fiasco, last few months have not been “GOOD” for Samsung Mobiles. Even after the company recalled the flagship device and exchanged them with the “safe” Galaxy Note 7 devices, customers still experienced the fire issues. This eventually made the company discontinue Note 7 completely. Considering that fiasco a thing of past, the company launched a mid-range Samsung Galaxy J7 Prime in September and today we are going to help you a bit in deciding whether to go for it or not.

Samsung Galaxy J7 Prime looks like the other old conventional Samsung design having rounded corners. The design philosophy makes the device to mistaken easily for other Samsung Smartphones. Though it looks nice but the “Nothing-New” design is now making Samsung mid-budget Smartphone range dull and uninteresting in comparison to today’s stiff competition.

The top portion on the front comprises front camera, earpiece speaker and proximity sensor. The bottom portion has the “Back” button on the right, “Home” button in the middle which also has the fingerprint sensor to unlock the device and a “Recent” button on the left. These buttons have icons inscribed and are not back-lit.

On the top right side, the device features a power button and volume up and down buttons on the left side. Moreover, J7 Prime sports a primary SIM slot in the middle left side of the device along with the bottom part having a separate slot for second SIM and microSD card.

The Samsung Galaxy J7 Prime is driven by a Samsung Exynos 7870 chipset having a 1.6GHz octa-core processor along with Mali-T830MP2 GPU. The device boasts 3GB RAM and has 16GB internal storage which is expandable up to 256G via dedicated microSD slot. Coming to the screen size, J7 Primes has a 5.5-inch Full HD LCD IPS display protected by Corning Gorilla Glass.

The 5.5-inch Full HD display of Samsung J7 Prime has a impressive resolution of 1080 x 1920 pixels with a pixel density 401ppi. The IPS LCD display seems to be nice. The LCD IPS display offers nice viewing angles which makes reading, web browsing, gaming or watching videos on display effortlessly. The contrast, colors, and vibrancy of the screen is quite decent. There is an “Outdoor” option in this device which enhances the visibility of the screen when using outside.

The Galaxy J7 Prime is powered by Android 6.0.1 Marshmallow. Samsung has not made much change in the software as compared to its other Smartphone. The device comes preloaded with Samsung Notes My Galaxy, Galaxy Apps, S Planner, S Health, and S Secure. Moreover, the device includes applications such as Microsoft Excel, Word, PowerPoint, OneDrive, OneNote and Skype and Opera Max. Easy Mode, Fm Radio and Flipboards are other add-ons that users get. Although, the software is not exceptionally brilliant but it’s also not sluggish or lagging. The device includes Smart Manager which is useful in optimizing RAM, cleaning trash, checking battery life and much more.

The performance of Samsung Galaxy J7 Prime is quite well. There is no sign of lag. The Exynos 7870 along with 3GB RAM flew through all the tasks, gaming, music, web browsing and image editing easily. The call quality of the J7 Prime is decent with clear sound and nice clarity.

The camera of Samsung’s mid range Smartphone has always been a drawback. Even after the 13MP sensor, the primary camera on the device is not as good as it should. The captured photos are good provided there is ample lighting and patience to avoid blurriness. Talking about the front camera it also disappoints as it renders blurry and sub-par photos. And, Low light images are best if avoided with this phone.

The camera app does offer several modes such as Pro, Panorama, Auto, Continuous shot, Night Mode, HDR Rich Tone, Beauty face, Sports and Sound and Shot, but these options doesn’t live up to their name.

The Galaxy J7 Prime boasts a 3300mAh battery which is one the advantages of the device. It is evident from the test as J7 Prime ran for 9 hours and 59 minutes in PCMark ‘Work battery life 1.0’ which is an rigorous test. The Power saving mode and Ultra power saving mode are also included to boost the battery life of the device. Although the device has great battery life but the absence of fast charging and USB Type-C port can be little disappointing considering the tough competition from other Smartphones.

Samsung J7 Prime could have been a good Smartphone but with a price tag of Rs 18,790 it is difficult to say that people would prefer going for this phone when all these and more features are available in other brand Smartphones for the half price of Samsung J7 Prime.