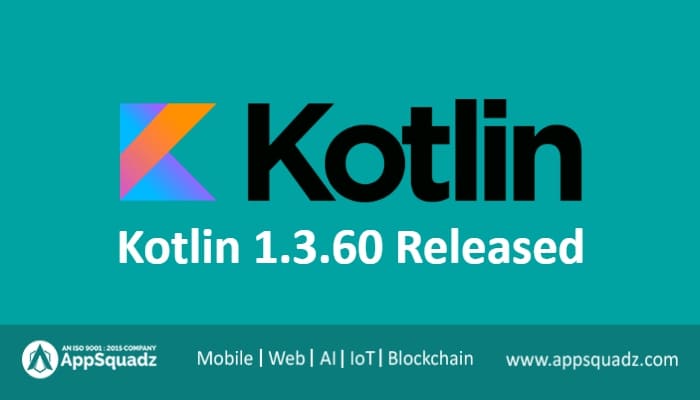 Since the emergence of Kotlin, in the current scenario, both Java and Kotlin go hand in hand when it comes to android app development. We are happy to announce that Kotlin version 1.3.60 just released. It contains several new updates and a few developments that include tooling improvements to debug. Also, this release adds support for more Kotlin/Native platforms and compilation targets along with the Kotlin/Multi-Platform Project IDE experience.

Ever since Android declared Kotlin as its first-class language, it has been witnessed an enormous amount of growth and adoption rates by the android app developers. As per the reports from the State of Kotlin 2019 survey, 62% of developers build android apps on Kotlin, and 41% of developers employ Kotlin to work on web back-end projects.

A glimpse at what the new update includes

Scratch files for IntelliJ IDEA are redesigned and upgraded to allow you to see the results, which are shown in a different window.

Experiment with your code and see the outcomes in a little scratch document. The scratch file exists as a temporary code outside of the task. However, the bit exists as a wholly functional code that you can run and debug.

On the other hand, for situations where you need to test inside the task, use worksheets. Worksheets are new and work just like scratch sheets. The principle distinction is that it is a piece of the project, so you can play with code and perceive how it functions within your project.

A while later, select run and execute your code. Study about scratch files and worksheets more in the documentation.

In particular, Java developers have opted for Kotlin for both work and individual/side projects, either as a substitution or an additional language. JetBrains revealed: “Almost 92% of Kotlin developers were making use of Java before they started using Kotlin.”

1.3.60 is only a minor release and has not caused significant changes to the language. Kotlin version 1.4 will is awaited and is expected to be launched in 2020.

Kotlin 1.4 is available in the experimental state, so the users can test out the upcoming features by specifying the corresponding language version and set it to 1.4.