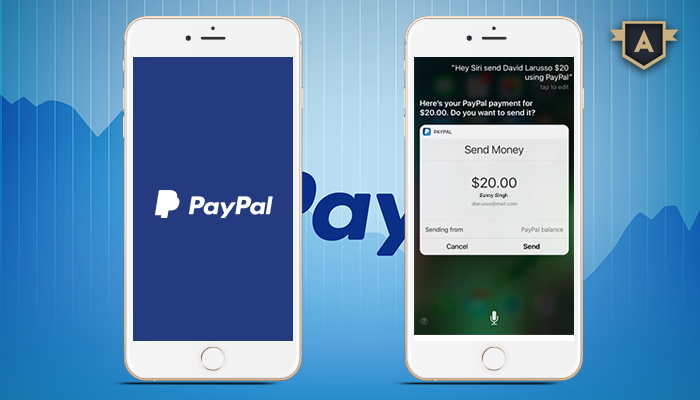 PayPal subscribers will now be able to send and request payments using the simple voice commands through Siri on iOS 10 powered iPhone and iPad devices. The online payments giant is making the new feature available to users in around thirty countries. Not only this, this feature will be available in different languages, and it will only require the user to install the iOS app with a logged in user account.

Using this feature is quite user friendly as you just need to command Siri to send certain amount of money to a friend or contact by just saying their name. As said above, not only you can send money but also can ask for payment from a friend by name through Siri. After the voice command you will get a confirmation message on the screen and Siri will ask you to confirm the amount and payee for your transaction. PayPal’s intention with this useful feature seems to be regarding holiday season. During this time money transfer market will heat up significantly and PayPal would love to make the most out of it while providing a convenient method to users.

What is PayPal and How it Work?

Once you command Siri to transfer some money, it will flash a card on screen through which it will send money. Then you can say yes to send or no to cancel the command. In case you don’t have PayPal or you don’t mention PayPal and have other payment applications installed, then Siri will ask you which one you want to go for.

Although, Siri is the only assistant on the iPhone which supports voice-controlled payments, the payee doesn’t require having an iPhone or iOS 10 powered devices. They just need to have an active PayPal account. And, in case they don’t have it installed in their phone, they will receive a prompt to install in order to to receive payment.

Moreover, you’ll have to ensure that the account details of payee are stored within the PayPal App so that Siri knows where to transfer the money.