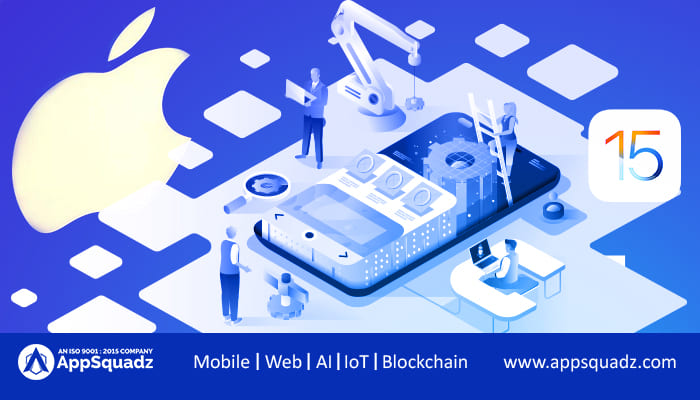 Custom Product Pages and With In-App Events, the App Store now offers global-new-ways for the iPhone app development company and developers to develop their apps and connect with consumers. Whereas Swift takes an extensive leap forward with concurrency support compiled into the language, and augmented reality tech makes it simpler to create interactive content in applications or on the web.

Xcode Cloud is an integrated cloud service designed specifically for Apple developers and the iPhone app development company. Developed into Xcode 13, Xcode Cloud renders a quick and simple way for companies and developers of all sizes to develop, test, and deploy advanced applications even more efficiently.

It is capable of building applications automatically in the cloud to free the iPhone app development company and developers’ Macs for other tasks.

Parallel testing enables developers to test on a simulated version of each Apple device, and thus you can deploy a build of the application for internal testing, or deliver to external beta testers via TestFlight for prompt feedback.

With time new and advanced apps and games are featuring events such as movie premieres, live competitions, live-streamed experiences, etc. App Store has made it simpler for consumers to identify these events on the App Store in the editorial section, personalized recommendations, app product pages, and search results.

This extends the reach of the iPhone application development company and developers helping join with new users, keep users up-to-date, or reconnect them with old users. It’s a whole new way for developers to what’s going in their applications.

Apple has introduced new product page tools that render developer’s flexibility and various ways to connect with consumers right within the App Store.

The developer code of conduct extends to keep the App Store a fair marketplace for both users and developers, including ratings, updated guidelines for developer identity requirements, review manipulation, and excessive customer complaints.

The current promenades for developers for app rejection on concerns of bias, along with the feature to report an app if the app presents a safety or trust interest or is in breach of the App Store Review Guidelines.

Swift is one of the most robust and intuitive programming languages. The developers can write code that also works in parallel, and is responsive to user input while the work goes on in the background. Swift developers can write modern, quick, and safe code with fewer bugs, whilst taking complete advantage of the multicore silicon across Apple’s devices.

Apple is the world’s largest augmented reality platform, a framework that enables developers to built AR experiences, and RealityKit, audio, animation, and physics engine created from scratch for AR.

RealityKit 2 comes with Object Capture, a robust API on macOS Monterey that allows developers to built rich photo-realistic 3D models of real-world objects in real-time by capturing photos on iPad, iPhone, or DSLR and converting them into 3D models optimized for AR.

Developers can view these in AR Quick Look or add to AR scenes in Xcode or Reality Composer. They are using tools like Object Capture to unlock new ways of developing 3D content within some of the best 3D content creation applications, like Unity MARS and Cinema 4D.

New APIs and tools in iOS will enable game developers to develop the next generation of games and deliver fresh experiences to their gamers.

A Metal texture compression tool backed all of the newest formats, along with optimized formats for Apple silicon, resulting in bringing high-end games to almost every Apple platform. In addition, a new Virtual Game Controller on iPad and iPhone offers optimization of games that are built-in Game Controller support.

Apple has been in the race for many years, with new updates and advancements in its tech, Apple is currently thriving in the market. People are relying more on iOS due to its user experience and best security policies. However, these new updates in the Apple family are surly going to make extensive changes in terms of how users experience iOS tech.