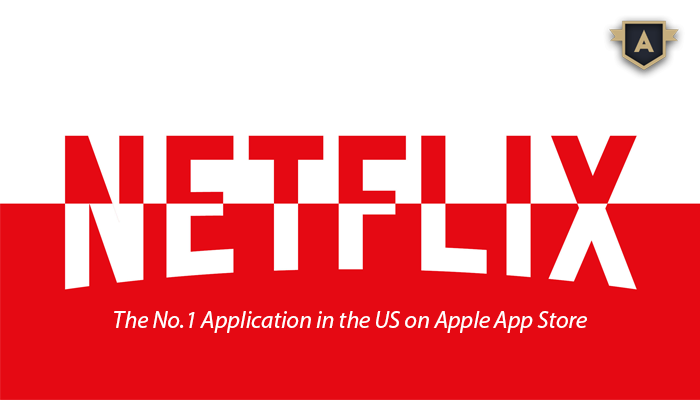 It’s hit up to the top spot was noticed by an app intelligence firm Sensor Tower, that has been following its jump since the integration of in-app subscriptions in 2015 fall. Between then and present, Netflix has significantly grown its weekly net revenue from nearly $50,000 to almost $2.9 million, as per the reports.

The Netflix application has come close to snagging the top rank on the Top Grossing chart before. The closest it came was on November 14th, 2016, when it finished the day at the second position. For what its value, competitor app intelligence firm App Annie didn’t record that brief toss with No. 2, and only credits Netflix with having attained the No. 3 top Grossing spot in the U.S. earlier on November 8th, 2016.

The news of Netflix’s achieving the Top Grossing charts comes after the integration of support for downloading shows for offline streaming. This, undoubtedly, is a feature which many have been requesting since the inception of service.

Netflix introduced the feature last week and offered up some more specifics as how exactly the feature functions. Although title availability is a bit limited for now, but Netflix’s own shows and some others titles are supported.

It’s also somewhat imperative to note that in addition to integrating offline viewing, Netflix also lately launched one of its master pieces of original content yet in “Gilmore Girls: A Year in the Life,” and it’d be ingenuous to think that the launch hasn’t added at all to Netflix’s recent success. Netflix is soon releasing the second season of “Fuller House” wait for it.

This is really a great news for Netflix and investors as the company has worked very hard to increase its subscriber base in the US in the midst of competition from companies such as Amazon.