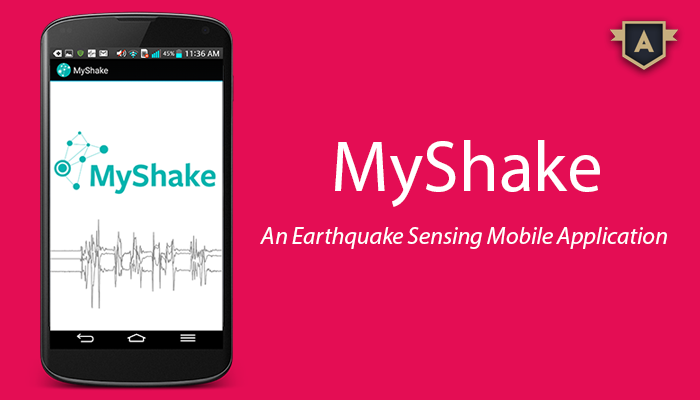 Earlier in February, seismologists of UC Berkeley introduced an app by the name MyShake. This application was made to monitor for seismic activity, both looking for earthquakes and warning the users if there is going to be one. However, since the introduction, the MyShake app has surpassed the expectations of its makers by identifying more than a couple of 100 earthquakes in more than ten countries worldwide. MyShake seems to be a perfect Earthquake sensing mobile application.

Earthquake is a very serious issue in many countries. And, recently frequent quakes have caused severe trouble for people. But this is really good news, as there is now an app available for it which is named MyShake. This app can detect an earthquake. It is capable of identifying hundreds of tremors from a long distance as well. The application is very useful for warning the people before a quake. This MyShake app monitors the seismic activity and thus can help in alarming the people in the area of an earthquake zone.

The application has gained almost 200,000 downloads since then, although only a small part of those are active at any given time; this because to get good and precise reading, the device needs to keep idle. Nonetheless, over the first 6 months the network of sensors has shown quite effective results.

One of the app’s makers, Qingkai Kong, said it has been found that MyShake is capable of detecting large earthquakes, but also can sense small ones, which was not expected that it would be possible.

Some scientists and engineers have discovered that accelerometer hardware in Smartphones and other devices are amazingly capable. Having hundreds and thousands of them at different ranges and altitudes from the epicenter of an earthquake is a very useful resource for seismologists. It might help making those in earthquake-prone areas safer by issuing a warning to those in close proximity and giving them a little extra time to prepare and warn others.

MyShake also offers summaries of recent quakes Earthquake Sensing Mobile Applicationaround the globe and represents you what historic ones would have looked like in your region. So, install it and see for yourself how useful it is.