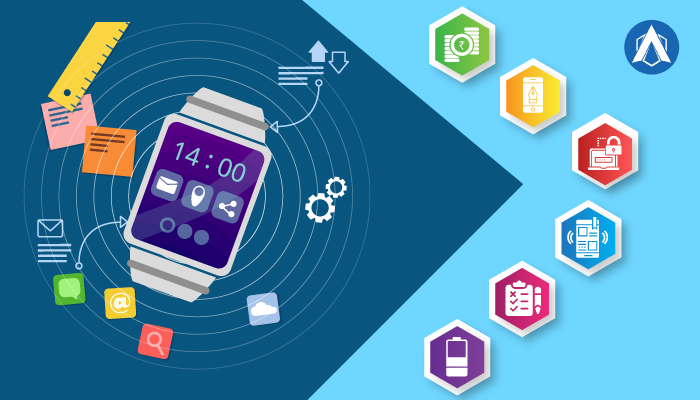 Before investing in the idea, the wearable app development company must analyze the needs of the market. Is your app something which would suit the requirements of consumers? Would it be desired by the market? Does any existing wearable app serve the same purpose? Does your wearable app offer any distinct features?

One of the core challenges for each wearable app is to stick with the minimalistic design. Heavy designs shoo away the users. It has been also observed that most users uninstall clumsy apps with complex animations.

In this dynamic world, one of the biggest challenge faced by every mobile app development company is being in line with the latest features. Just wearable app development doesn’t just end at the developing of the app, but also to keep revamping from time to time.

Data security is one of the biggest concerns in today’s scenario. A study conducted by Rackspace stated that 51% of technology users are hesitant towards wearable app due to fear of privacy breach and other data security problems. Wearable device app development company should give extensive attention to the security of sensitive or confidential data. Effective security measures taken by wearable app developers is the only way to enhance the confidence of the user.

Most of the times, applications are futile on operations due to lack of protocols and API standards. To solve this compatibility issue, wearable app developers must keep themselves updated with the latest API.

Most of the wearable technology is dependent on larger devices such as tablets, smartphones, etc. for complete usage of all the features. If the battery of larger devices dies or gets damaged, even the smaller wearable app can’t function. In the case of wearables connected with the Bluetooth devices, staying in the range is crucial.

Wearable application development is transitive, but Wearable apps are of great potential in serving distinct verticals like Healthcare industry, the gaming industry, and various other industries in the market. We have already discussed the roadblocks in the way of efficient wearable app development earlier.