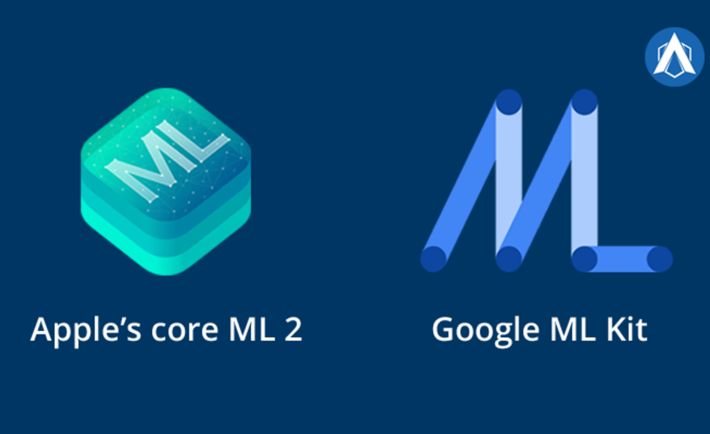 Is Apple’s Core ML 2 Better than the Google’s ML Kit?

The last two months have been exciting for developers as both rivals, Apple and Google introduced their Machine Learning Kits named Apple’s Core ML 2 & Google’s ML kit. This marks as a new phase of development and it won’t be late now that some really advanced applications will venture into the market.

The focuses to develop these kits have been to reduce the pressure on implementing large data sets which are typically required for AI and ML development. Both Apple and Google have released the kits keeping developers in mind who are not very proficient in their coding.

First, let us look at Apple’s machine language it and following that the Google’s and compare which one is better.

This framework for development allows the usage of deep and convoluted neural networks. and they support the different ree models as well as linear regression. This new version of the Core ML can also load the different models from cloud platforms such as the AWS and Microsoft Azure during the runtime. The Core ML is built on low – level technologies and thus, it ensures the minimal usage of the CPU and GPU while providing the maximum efficiency. The developers can almost run all their ML models onto the device so that the data will not be needed to leave the device, according to Apple.

Apple also said during the release by stating an example of a company called Memrise who have used the machine learning framework to build a website where people learn multiple languages. During the past, the developers would take almost 24 hours to train their AI to identify 20,000 images but with these frameworks, the time is brought down to just around 48 minutes. Also, the size of the models of the machine learning is brought down from somewhere around 90 megabytes to just around 3 megabytes.

The Machine Learning Kit from Google

During the conference by Google during the last month, they released this kit for developers who are not very strong with the implementations of Machine learning models. It is a type of cross-platform development framework along with the firebase development platform. Creating the ML requires a lot of work, as you will need to learn how to determine the exact weights, to use the different libraries and also acquire the sufficient training data to even build the most simple of the models.

Both the Firebase and the Android development kit makes it very easy for the developers to implement their models by allowing only some features of the machine learning to be called on the fire-base platform.

According to Google, one would not have to have the deep knowledge about deep network and model optimization if they need to use this framework; they can achieve the task in a short span of time using minimal lines of code.

So which one is the right for you?

Choosing between these developmental kits at the end of the day is purely a preference of the developer. The developmental kit from Google, although it is still in the Beta version, offers so much for even the amateur developer through the use of models, and pre-exists that if you want to get into the world of machine learning quicker, then this must be the option for you.

On the other hand, Apple’s framework is not as efficient as that of Google fist, mainly because it does not operate on multiple platforms. And second, it can only be operated on iOS devices and also is not a cross-platform suite which decreases its efficiency. But Apple has been claiming that their second apple updates the developmental kit is more efficient. It is to be waited and seen if that is truly the case.

Apart from these two, there are core machine language kits released from both Intel and NVidia. The former is free of cost and is great for students and scientists to test and conduct experiments related to machine learning. The latter on the other hand is a great tool for advanced users of Machine learning. Make sure that you choose the right one according to your needs.

If you are looking to develop or design a Mobile application, please contact us for any support.