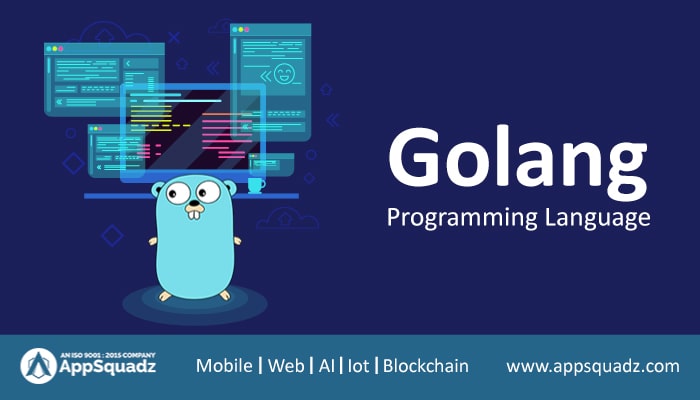 With the growing demands of the app developers to deliver a breathtaking user experience to the users with the most intuitive and user-friendly user interface leads to new advancements in technology with time. It influences every field of technology from the development of apps to software and tools or programming languages. GoLang is one such language whose graph is going up in terms of growth and advancement that soon it will be regarded as one of the top 10 programming languages in the world. It has been seen that the language can be applied to real products, and its process 50 million logs with more than 200GB of data is processed each day.

Understanding GoLang is a piece of cake

Google programming language is natural in learning because it is clean and straightforward to read. No unique things are required to learn the basics of the language. The programmers who are aware of the C-language syntax can read and understand the GoLanguage on their own.

The language is no doubt very fast and compiles to machine code quickly. The language does not perform any interpretation and has no virtual run time before compiling; hence, it is fast as compared to other languages. So its programs compile at a fast pace and thus produces an executable file of hardly 11 to 12 MB.

Concurrent programming is anytime tough. But with the GoLang, it is straightforward as compared to various programming languages. The language creates a lightweight thread called goroutine and communicates using the same channel.

The memory management in Google’s programming language is more straightforward than in other languages like C or C++ as it uses pointers and value types to store dynamically allocated objects.

The static tools in GoLang are very sturdy; for instance, gofmt is a tool that formats the code according to GoLang’s criterion. There are various other tools like a gofmt, golint vet, and so on.

GoLang’s library comes with inbuilt testing support. There is no need to depend on the external texting medium. The things_test.go file is required to be written on followed by running the ‘go test’.  This allows executing the test without taking much longer.

GoLang comes with a central library with inbuilt functions to work with primitive types that can work with a web server, cryptography, manage the raw bytes, and take care of I/O.

With several structs to implement various interfaces in GoLang can make it simpler to handle dependencies in the code. Interfaces make it easier to write modular codes for the test, and the availability of functions allows the language to write codes in a functional style.

GoLang is a language that takes care of the machine time in a better way than languages like C or C++. The language is advancing at a pace like none other. Soon it will be in the top list of languages. Contact our web app development company to develop your business app using GoLang.