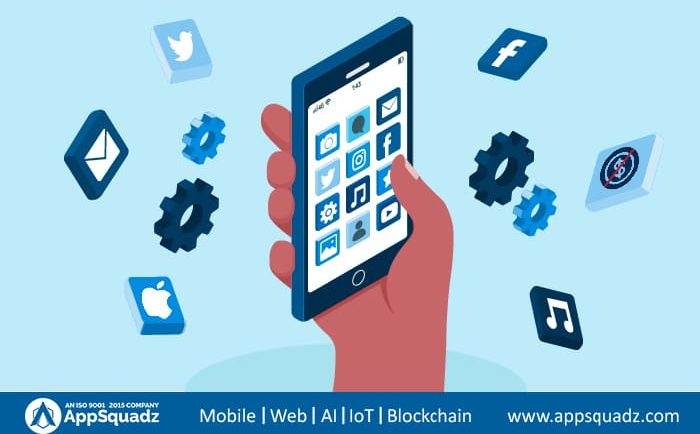 The mobile operating system market in February 2021 revealed that the Android operating system has a share of 71.9%, iOS has 27.33%, and the rest fall under 0.77% of the total. Android and iOS have fully established their business and are among the successful manufacturers in the world. Out of the two, the Android operating system is an open-source platform. iOS is only available in devices manufactured by Apple like iPhone, iPad and iPod Touch. Despite the fact, iOS is quite profitable for the application development company as compared to Android. Android is well known for its trait of producing bulk low-tier handsets to high-end quality assured expensive Apple devices.

If iOS becomes an open-source platform, then the current mobile market will change forever. Currently, both of them have their business flourishing because of the difference in their target audiences. Both the business models have very sharply made their grounds to play on. The Android focuses on its large and varied class of people in terms of interest money spending capacity. Apple has targeted the people with deep pockets to pay for its high-end products. The Android OS is available in mobile phones and gadgets manufactured by companies like Sony, Samsung, Xiaomi, Motorola, LG etc. These manufacturers play with the base operating system of Android, add their copyright features and release new phones and devices in the market. That allows the end-users to choose an Android-based device from a huge market of Android.

Apple, on the other side, produces its hardware with iOS in it. As expected, if iOS becomes open-source, then there will be a drastic change in the market. There will be a surge in android app development company that will start developing gadgets using iOS as the base and releasing products providing iOS user experience at a cheaper rate than Apple.

Imbalance in the market- Android vs iOS

It is visible that the high price of the iOS devices have not let iOS grab a large share of the market. Once the iOS compatible devices with minor tweaks in the user experience are available in the market, there will be a shift in the number of buyers of Android users to iOS users. Thus, bending the mobile OS market shares at the world level. Majorly, all developing nations will be after this revamped mobile OS market. Android app development company for mobile phones developed by companies like Xiaomi, LG and Oppo are known for their cost-effectiveness. The iPhone app development company will now focus on iOS app development.

Tilt in the android OS vs iOS market

With the outset of iOS supported devices at lower rates, the consumption of iOS-enabled devices will rise. It will tilt the market trends towards iOS. No wonder, Apple will stay unaffected because of its ability to develop the superior quality of hardware and software for its more than a decade old- users. Furthermore, Apple has its benchmark that is hard to meet by any other low-end iOS device. Consequently, it is to harm the low tier along with the mid-tier Android-based market.

It is even likely to experience a bend in the iOS app development for the wearable industry. The gadgets that can be worn work on the Android systems, besides the Apple watch that runs on iOS. The reason for the popularity of Android-based wearables is that it works seamlessly with any Android device. On the contrary, like the iPhones and iPods, even the Apple watch is highly-priced and has a top-notch user experience as compared to a low budget product. Henceforth, a drift is expected in the devices beyond mobile phones that ran on the Android towards the iOS supported devices.

A contest that is likely to emerge between the two pillars of the mobile OS industry is Android vs iOS. There will be a clash between the target audience that will deviate much of the end-users to the latest innovations and accessibilities.

ROM’s are known to alter the actual working and the appearance of the handheld device. Due to its Android base, it customized by the developers to release every new version of it. These are readily available to the user to alter the working and the appearance of the handheld device as they are free of cost. But not always these functionalities are compatible with the device. At times it can lead to malfunctioning of the device. It is customary that there will be a huge haul when iOS turns open-source. The iPhone app development company will make use of compatible customized ROM’s to deliver a complete new range of experience to the users using iOS supporting devices. The standard operating procedure will go smooth and swift as per the choice of the user. MOD ROM’s will bring a transition in the actual looks and experience of the iOS supported device.

How will this affect the apps?

An iPhone application development company has to adhere to the license based on the hardware manufactured by Apple. In case the iOS becomes open-source there will be two probabilities. One of the two is that Apple might disavow its licensing policy to make iOS apps available to all iOS devices irrespective of their manufacturing company. Or else there will be a particular market of apps for Apple manufactures devices.

The concept of iOS going Open source is no less than fancy, which will open doors to expand the iOS market as Apple is at its peak because of its irreproachable productivity. In the end, the answer is not clear if all this will benefit Apple and the industry, the mobile OS market and the business competitors. Claim a name in the legacy of these operating systems, and get in touch with our mobile app developers to develop apps for your business now.