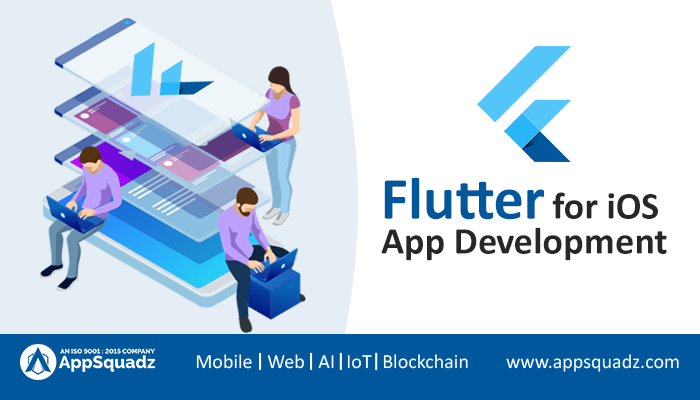 Recently launched Flutter has already created a strong presence amongst the mobile app development community. Launched by Google, the Flutter app development framework is a mobile UI framework. It allows developing an app for both Android as well as iOS platforms, with a single codebase. Isn’t it amazing? With a single piece of code, you develop an iOS app that can run on both Apple as well as Google devices. Moreover, it’s an open-source platform that allows the developer to develop an app in a faster time. We can say that the Flutter App development framework is all set to revolutionize the overall speed of the iOS app development process.

The big question here is, why should you port your native iOS apps to the Flutter platform? Already, the word from the developer community suggests that Flutter is a better and efficient platform than the native iOS platform. Let’s quickly check the reasons behind his. This should also help you to understand as a developer, why Flutter is beneficial for iPhone app development.

It is an open truth that Apple’s development kit is a secret recipe, secretly developed by Apple for its iOS platform. But this secrecy has not hindered Flutter’s development as a hybrid platform. It has been able to provide equivalent or many occasions’ better features for developers, than ones available on the iOS platform. For example, say goodbye to Swift programming and use Dart which is an equivalent programming language but with better features, used on the Flutter app development platform. Similarly, Atom or Sublime is better to text editors than XCode on iOS. Dart has got a rich library with powerful typing options. It also facilitates async-await effective app building. Dart doesn’t communicate with the native app modules; it provides native features even without that. Also, its compiler is equipped with the tree-shaking feature. Undoubtedly, Flutter is a boon for iOS apps development with its rich features.

Flutter has a better testing framework. Some of the key features which are going to help the iOS developers are, data-driven testing, snapshot testing, and test grouping. Moreover, Flutter allows the developer to write test scripts at UI level, Functional Level and unit level. With the help of the widget testing, one can perform a quick UI testing. Flutter contains a Flutter Driver package that facilitates testing. So, we can see that the testing framework of Flutter is way better and comprehensive than XCTest, which is the native testing platform on iOS.

iOS developers rue about the fact that CI/CD XCode is a pain for a broader team. Even Apple has introduced BuddyBuild for CI/CD but it is still at its nascent stage. On the other hand, Flutter has already engaged with Nevercode and introduced its Codemagic CI/CD solution. It is one of the most scalable CI/CD solutions which is capable of developing, detecting, testing and packaging the applications on the Flutter app development platform.

It can be said that Google Flutter is the future of iOS app development on the iOS platform. The reason is simple, it offers multiple benefits to the iOS developers, which are way better than the native development platform. So, should you hire a mobile app developer who is trained on Flutter? Yes, you should, if you are looking for the development of an app within a limited budget, with great UI and faster delivery.