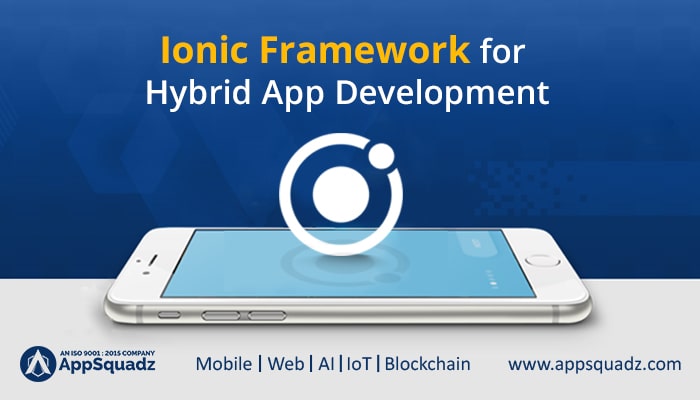 Companies do understand the dominance of mobile apps, so they are finding all ways to provide the convenience of using their services/products and approaching them to the customers on a single go. With mobile app development growing as a trend, various frameworks, technologies, languages, and paraphernalia are accessible in the market. The big decision is choosing the right one to develop the application for the companies as each has its pros and cons. From the beginning of mobile application development, native apps had the edge over hybrid apps. But things have radically changed and, so is the scenario for hybrid app development since the advent of the Ionic platform.

A brief introduction to Ionic-

It is an open-source User Interface (UI) toolkit used for building a high-quality desktop & mobile app which employs a combination of web technologies like HTML/CSS, and JavaScript. The main focus of Ionic app development is on the frontend UI interaction (looks), i.e. gestures, controls, animations, and the user experience. The best feature of the Ionic framework is that it can be integrated with other frameworks and libraries efficiently. Also, this can be used as a standalone framework that helps you get the best user interface for your targeted audience. So, if you are developing a visual app, Ionic app development is best for you will focus mostly on the looks.

Here are a few reasons to pick the Ionic framework to build your next mobile application:

It is more obvious to migrate across platforms

If you are planning to get an app developed that can work across all major platforms instead of focusing on a single OS, then Ionic Framework is your go-to platform. Ionic gives the ability to convert from one OS to the other with the option of languages more easily. You will have to spend a little more time and money in developing the app as well as learning each language for each platform by selecting a native language instead of a hybrid language.

This is one of the best benefits of using the Ionic Framework. Building an app is quite expensive usually being beginning with research and ending in a marketing campaign. You might have to spend a cost around $1000 in general for a framework, but with Ionic Framework you do not have to pay a single penny for it. So the fact that Ionic is free will undoubtedly ease some of the burdens. Instead of spending the money on app development, you can utilize that in research and marketing ad campaigns.

The user interface will turn out as a piece of art

As we mentioned it earlier, that if you are in the hunt for a beautiful app, Ionic Framework is the way to go for you. CSS and JavaScript features incorporated in Angular allow you to customize the app with different buttons, menus, color schemes, etc. This framework gives a lot of options in this area that enables Ionic app developers to create an app that looks not only good but also has high standards regarding the UI.

The Ionic framework is open source

Open-source means instability, which can be the fact that the Ionic framework can be a hindrance while it is valid for many but not for Ionic Framework. It is true that usually, open-source frameworks are unstable, but the Ionic framework is a very stable platform. The Ionic app developers can assure the stability of the app that is created on this platform and does not encounter any stability concerns.

The base framework of Ionic is Angular

Angular is a trendy framework for creating mobile applications and web applications both. Therefore, even if you have not learned this programming language before, after working with it, you will also be able to build web apps. It has a lot of other additional benefits like the choice to extend the syntax of HTML so that components can be incorporated within the application you created, as well as data binding.

Plugins is a piece of code attached to your app that is coded in JavaScript that is the most beneficial and inherent features in developing apps. This code is attached to the app that allows you to do several things because it is close to the native language of the platform you are working on. The ionic framework uses Cordova Plugins that enable you to access various features of an OS, like Camera, Battery, Geo Location, and so many others. By applying one or more of these features of the OS, this type of plugin allows you to build an app that may reach its optimal working capacity.

You have a big community to talk

It is a tough job to start with a new framework to figure out things even if you are a champion in web app development and mobile app development. Ionic is built on the top of successful technologies such as Cordova and Angular so has a vast and active community. They are an enthusiastic group of developers and users who are always ready to help you with any issues and questions. These people keep on posting and updating regarding the Ionic framework, Angular and associated subjects on different forums or specialized YouTube channels. You will find Ionic founders on social media if you search them, and if needed, they will also help you.

Compared to the iOS app or any Android app, Ionic Framework, when integrated with Angular JS and Cordova, provides a perfect platform for hybrid application development. Also, with Ionic app development, developers ensure maximum exposure and help in easy creation and deployment of the application. If your business demands a robust hybrid platform app development, you can consult a web and mobile application development company that follows the latest trends and features. Besides, you need a passionate team of web developers having the know-how of the Ionic framework and who would be able to create stunning hybrid apps that work best in the market.