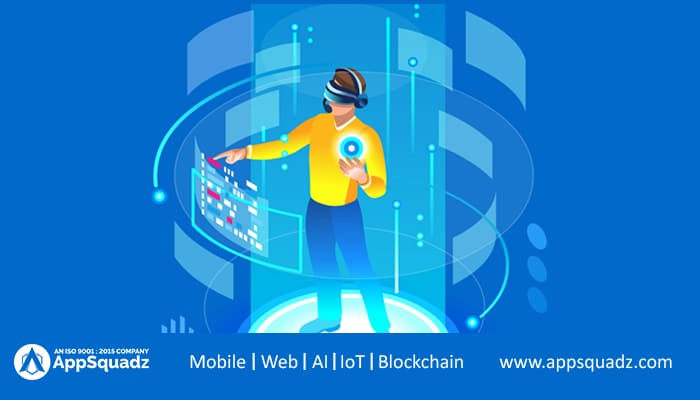 Statistics demonstrate that the market share of augmented and virtual reality is suspected of surging by 2022 – it will scale eightfold as corresponded to 2018, amounting to $209 billion. At the same time, extended reality (XR), the new family member to virtual reality (VR), augmented reality (AR) and mixed reality (MR) is also gaining steam & driving various processes and events.

Let us figure out what exactly XR is, what its core abilities are, and what market value it has.

The Genesis of Extended Reality

XR encompasses virtual reality, augmented reality, and mixed reality, and the reason why XR has emerged is their (AR, VR & MR) proliferation and convergence. So in order to get a thorough understanding of this platform that fuses above-stated terms, we have to discuss them separately.

VR, also known as the computer-simulated reality, is a technology that lets humans immerse into a reality that is distinguished from the existing one or that replicates reality. Alternately, it forms a digital reality that supersedes a user’s real-world totally. Virtual Reality is authorized with specific headsets that present an environment by pragmatic pictures and sounds (audios), while a perfect VR environment comprises of all senses that include smell, taste, and touch. This approach furnishes individuals with a possibility to attain new experiences. VR technology is extensively used in the gaming & entertainment industries and various kind of training. VR may look very pragmatic or may resemble cartoon images, depending on the ultimate goal.

Augmented Reality is not an environment that is distinct from an existing one entirely, unlike Virtual Reality. AR technology augments the existing physical environment by particular features such as enriching it by adding graphics, video (visuals), sounds, and additional data. Users can’t interact with an artificial environment, and as it adds some attributes but doesn’t replace it absolutely, it can be said AR is on the top of our reality. In simple words, it places an overlay on our environment; moreover, the camera of smartphones and headsets help humans put an overlay on their existing environment. AR has got an extensive utilization in the gaming industry for intensifying the presentation of games. Pokémon Go is probably one of the most vivid examples of AR and implementation.

Mixed Reality, as the name suggests fuses components of real & virtual environments both. It generates a new environment where physical & artificial objects come together and interact, reaching each other on a real-time basis. Compliance is a vital characteristic of Mixed Reality; that is why it compiles the best attributes of real and artificial environments. MR makes the best use of augmented reality and virtual reality, all while allowing users to view the real world along with some virtual objects. These objects are attached to a specific real point, letting the users treat them as real objects.

The Essence of Extended Reality

Now that we have a clear concept of AR, VR, and MR- phenomena that emerges XR, we will see the definition of extended reality and the critical features of XR.

What Does XR Mean?

VR, AR, and MR are the three pillars on which Extended Reality stands. XR combines the core features of all the three and everything within these interrelated phenomena. XR incorporates real and virtual environments and concerns technologically powered interactions between humans and machines, according to the definition of XR. Innovations that bring on changes formulate new XR experiences as XR depends on underlying technologies, i.e., AR, VR & MR.

Why various verticals and business operations are increasingly using XR?

The main cause of its employment is that it helps eliminate distance barriers. 36% of CEOs contemplate it to be the principal factor in adopting XR as per Accenture’s survey. Extended Reality assists in addressing issues that are due to remoteness as a large number of operations become geographically disbursed. XR solutions such as 3D environments significantly heighten obtaining valuable insights.

The Advantages of XR Reality

Now the question is extended reality restricted to improving the user experience, or it is good for business? Companies employing ER do get valuable advantages, such as:

The provision of a fantastic experience

A dive into a completely different reality enables companies to present their users with the opportunity of visiting areas of interest or experiment something and that too without leaving the house.

XR presents its users with a more realistic view of their subject matter, which lets them be trained extra efficiently.

Those who demand to practice in high-risk circumstances, like military or chemists, can practice securely from traditional classrooms.

The Disadvantages of XR Reality

XR does have drawbacks as well in spite of the fascinating opportunities. These are:

XR is prone to cyber-attacks and in particular data thefts when compared to other technologies. Since XR-based solutions have access to individual information of tons, it can result in severe damage.

Extended reality presents various means of amusement that may engross human minds and endanger to eradicate the need for interaction. Though XR enables people to interact, it lets it in a diverse way that lacks contact and personal communication.

Long-term use of VR devices and AR glasses can lead to eye disorders, nausea, faintness, and headache.

The development & implementation of XR solutions and devices that support this technology are high-priced, due to which it may come at costly prices.

Extend your business opportunities with Extended Reality as it provides valuable advantages to a business. Thousands of companies around the globe have already got the best of it. At the same time, just like the other emerging technologies, the implementation of Extended Reality is also still a bit risky and demands significant investment. If you choose to implement XR in your business, you will win half of the battle while finding a reliable mobile application development company. A right service provider must have considerable expertise that allows users to evade errors and minimize risks.