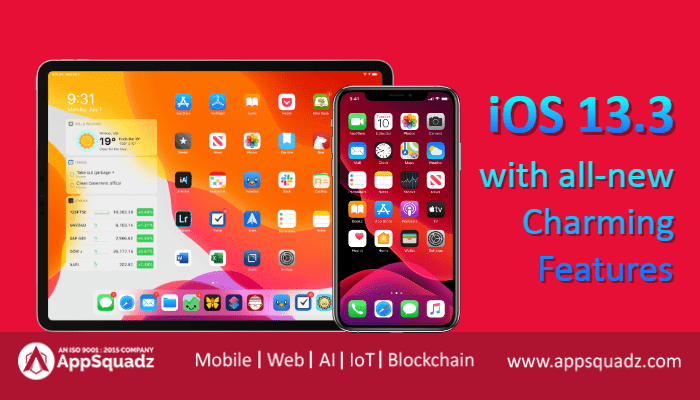 Apple has launched the third significant update to the iOS and iPad OS 13 operating systems, i.e., iOS 13.3 and iPad OS 13.3, just a month after Apple released iOS 13.2, which brought in different emojis. This time, Apple has brought not only numerous fixes but also new features to assist the users in a better way. So, let us find it out what random improvements and fixes has Apple got in its big list of fixes and improvements.

What is unique in iOS 13.3 and iPad OS 13.3 from the previous versions

iOS 13.3 consists of new features that were promised initially for ‌iOS 13‌ but continued to delay, which involves Communication limits for Screen Time. The new feature allows the parents to control with whom their kids can communicate in Apple apps like FaceTime, Phone, and Messages. Additionally, parents can handle contacts that appear on their kids’ phones, although emergency contacts are always enabled.

In the current iOS 13.3 and ‌iPad OS‌ 13.3 update, Apple has added native support for NFC, USB, and Lightning FIDO2-compliant security keys like the YubiKey in Safari. The YubiKey 5Ci supports physical authentication by plugging the YubiKey into the Lightning, or USB-C port of iOS gadgets, be it iPhone or iPad, which is a significant security improvement.

You will find an option to stop the display of Animoji and Memoji stickers in the Emoji Keyboard under Keyboards in Settings (in General).

There is an innovative layout for ‌Apple News‌ and stories from The Wall Street Journal and different journals. Likewise, you can hit like or dislike on the stories by a tap now. Finally, the Stories from Apple News are available in Canadian, English, and French languages now.

When you are editing a video, you can immediately save the revised version of the video as a new clip instead of saving it over the original one.

Here is a small list of further improvements that have been noted in the changelog by Apple:

Have a look into it-

To download the new version on your iPhone and iPad, Go to Settings from there select General, then click on Software Update.