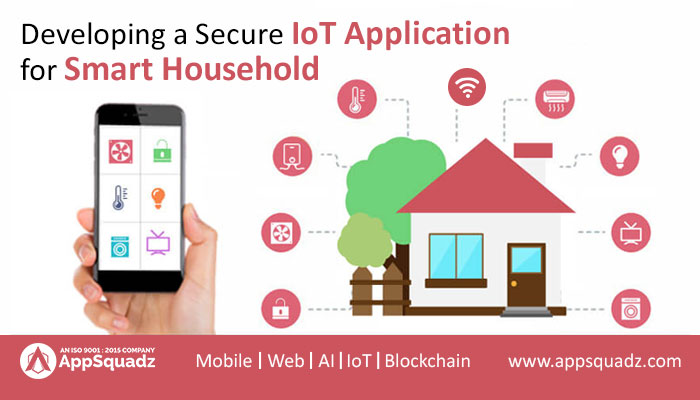 The emergence of IoT apps has transformed the market in various fields such as automation, smart city, industrial automation, smart house and much more. Due to technological advancement and low cost of the internet connectivity Internet of things application has been very prevalent. Secure development technology (SDL) is a security system which has been incorporated in IoT for enabling advanced security. IoT application developed by IoT app development companies are going to open a new door of financial growth in the time to come.

Features to include while developing IoT apps

While developing the IoT apps it is very important to take good care of the security, privacy, connectivity, and compatibility of the IoT apps in order to bestow a smooth experience to the users.

As these IoT apps receive a lot of data from the users, these should have the encryption facilities so that the data can remain secure in the application.

Cybercrime has been very prominent in this highly technological era and IoT applications become a soft target for those. The IoT apps should have an inbuilt authentication protocol between the encrypted devices in order to maintain security.

Use of a readymade platform

Use of secure hardware

It is very important to buy the sensors from the trusted vendors. The IoT developer should purchase from those vendors who can help in ensuring user privacy with EPID technology.

It is very important to hire mobile app developers who have worked with various platforms and has the necessary experience. It is also important to define the user base in a way that it can target the right audience.

Mobile app development companies are ensuring that smart security system is enabled in the IoT application. This SDL enables things such as static/dynamic analysis, threat modeling, secure coding, Authentication to all IOT services has been made compulsory. Authentication deals in end-user communication, machine to machine communication. The system should have the features of updating of the user’s information during the lifespan of the product. Also, IoT should have inbuilt encryption system which needs taking information from the customers and it runs the information through a mathematical formula so that only someone having the special key can unlock the data. A secure update mechanism should also be instilled which ensures that a cryptographically signed update has been received from the vendor to ensure that the update has come from the same vendor.

Using of IoT application, the rooms can be decorated with various lighting. The light can be set or the temperature of the room can be regulated using IoT application.

Developing an IoT application for smart home devices will transform our way of living. You will be habituated to a contemplative life as the burden of turning off the device, cooking in low heat, maintaining the speed of the car will be taken care of by these automated devices. You will be able to utilize your time and be thoughtful in your activities that you can run parallelly.