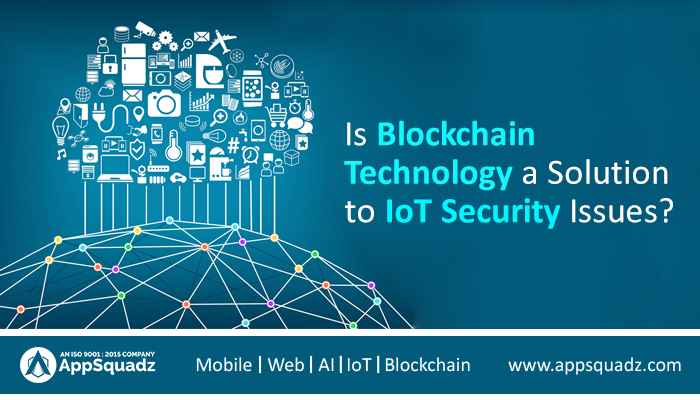 There are tremendous possibilities in the field of Internet of Things and Blockchain technology. IoT deals with receiving and transmitting large amounts of data through system and devices in real-time.

There has been recent adoption of blockchain technology in the last years.  Since it has provided the underlying framework for the cryptocurrency Bitcoin, many industries are depending on the technology. It ensures the protection of data and communication, and it successfully provides privacy and security to the businesses. The data in the IoT has to flow across various devices, machines, and integrated solutions that have analytic capabilities. While the data moves in the network of devices, it has to pass through a variety of administrative borders. In such a scenario, to manage the data and have proper functioning of the entire IoT system, there is a need to collaborate with security technologies like Blockchain.

The IoT ecosystem is based on a centralized model, which means that the devices and machines are recognized, linked, and tested using cloud facilities with a large amount of data storage. The internet is the mode of conduct for these devices, even if the devices are miles away or as near as two steps. Massive amounts of costs are incurred in setting up an IoT Ecosystem, as many devices are required to connect via the internet. Accordingly, the rate of communication through these channels will also increase that will need managing issues like their scalability and maintenance. Furthermore, Cloud services are the next bottleneck that is essential for the smooth function of the IoT system.

In the blockchain, the data is upheld in a dispersed record book called the ledger to retain data proceedings and dealings. Transactions are related to participants and recorded in the form of blocks with an associated timestamp. Since technology is dispersed in nature, there is no dominant power or supervisor. The main aspect of this technology is that it is based on the cryptography algorithm that prevents distortion of data and ensures high security. With the hash included in every record to the previous record, it is impossible to replace and make any alterations with the records. Hence, it has a security mechanism that saves it from any tampering.

The amalgamation of blockchain with IoT has led to the protection of IoT. The decentralized facility of blockchain to IoT network will solve many security issues of the ecosystem, making it more scalable, trustworthy, decentralized, and autonomous. The team of both technologies will ensure effective processing of multiple transactions, and help in tracking and coordinating millions of devices, machines, and so on. The entire approach is to manage the tasks and things at all levels in the IoT ecosystem.

Blockchain technology can be easily used in two ways to provide IoT network security. The company can incorporate all the devices and machines to carry on transactions and transmit the data, and then it can be linked with the Blockchain network through the Blockchain app development company. Or another way is to implement the quick contact via Ethereum that will automatically automate the smooth process of secure exchange of messages between the connected devices and machines.

Business companies have many IoT security challenges. Whatever ways one may organize the IoT system and networks; there will be one or the other nitty-gritty that will come up now and then. Especially in the case of large IoT ecosystems, that has scalability and maintenance related issues. So the new combination is trending these days. Our iPhone app development company has been dealing with IoT app development and blockchain app development as it helps in the smooth functioning of the IoT network system. Contact our expert developer to discuss your idea about your IoT business app development.