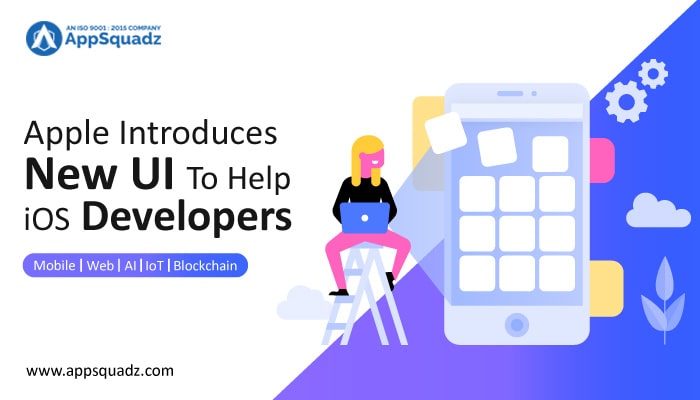 One of the latest announcements made by Apple at the Worldwide Developer Conference 2019 which gained the maximum popularity is for the iOS developers that are Swift UI which is a declarative syntax tool for developing a native app for Apple users with actually less coding.

The Swift UI code has already been doing much good to the iOS app developers. Being fast and easy to use, it produces clear and crisp, to the point code. The cutting-edge UI design will establish a new standard for the already existing visual coding model, which has been in use successfully for the past many years. The latest UI design will provide the apple developers with the ability to develop applications for iOS, macOS, and tvOS. It works by saving time and resources required by the app developers by providing them with various tools and application programming interfaces. The features like the increased speed of the mouse and Track-pad, Touch Bar are icing on the cake.

The original plan is to bring the Swift programming language into the market for developing cross-platform applications. Its many features attract Apple developers to work on the language for the development process. Various features that have and are still entering the Apple app development market are as follows:

Swift is a native programming language, and it is even designed to work effectively on all platforms. So it able to access all the native features of any platform and deliver interactive user interface at a quick pace. It is also integrated with application programming interfaces like ARKit and automatic language optimization to enhance the user experience as well as the developer’s job.

The syntax is simple to comprehend and easy to write, which makes it easier to decide what functions the interface must perform. The declarative syntax as is the nature of the code lets the developer even mention the items he wants to fix like font, alignment, color, etc. There is a gradual shift in the time taken, performance and maintenance of the programs, for instance, in the case of Animation. There is even availability of a collection of ready-made effects and features that are written using just a few lines of code.

With the Swift UI, the developers can easily create several previews of the UI/UX development and then have it run of various displays with varied orientations. This allows the developers to fully play with their creativity to design and develop new features and functionalities.

In Apple’s WWDC 2019 it was declared that the Swift UI compiler and its run time will be embedded with Xcode 11. This has allowed developers to develop and run the applications in real-time. In simple words, the design canvas will not just present the image of the app developed, but instead, it will play the live application of it to the developers.

The technology comes up with a default provision for the Dark Mode, Dynamic type, and accessibility options to have a smooth Framework to write the code.

The latest generation of Swift UI has reduced a hundred lines of code to just a few lines of code. With the new XCode11, a preview of the most recent changes is available immediately on the device. With the facility to add graphical modules to add a segment of codes, it can merely modify and control the features. Along with these and many other features, the Swift UI has transformed how the developers develop the applications to enhance the overall experience of the app without losing and native app detail. Contact our mobile app development company to build your latest mobile app.