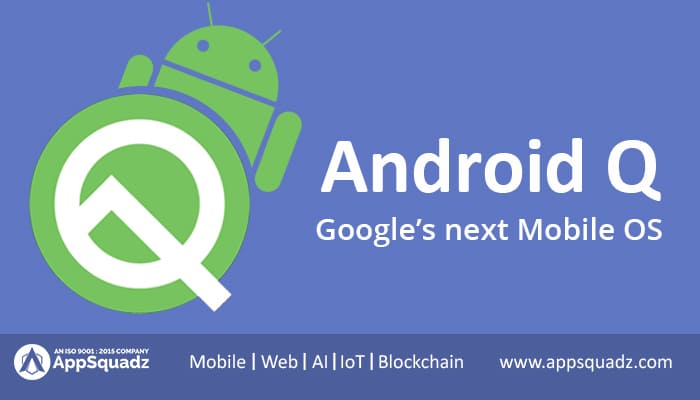 Know About Google’s Next Mobile OS

On July 10, 2019, the Android Q Beta 5 update was launched still; the date for the release of the final version is yet to be announced by Google. It is contemplated that the complete version will release in August this year. This latest version update is available for Google Pixel devices at present.

As of now, that we have studied the date of release and the compatible devices now let’s have a sight at the vital feature of Android Q this update carries:

Maybe you have used this characteristic already in the apps launched by Google. The current update ensures all the messaging apps on your smartphone gets loaded with Smart Reply- suggested response feature. It means while you are on Facebook Messenger, WhatsApp, and other similar messaging apps, you will get suggested responses. Smart reply ensures that better responses can be sent to the receiver apart from saving your time.

Google worked with the deaf community to create a feature that adds captions to video or audio played on your device. Live Caption feature will work on applications such as YouTube, Pocket Casts, Instagram, along with the video chat applications, namely Google Duo, and Skype. The best part of this feature is, you do not need the internet to leverage the support of this feature. Even in the offline mode, it relies on machine learning to operate flawlessly.

For all those who are tech lovers, Dark Mode is the most impressive feature of this OS update that enables you to use the device in a low-light environment efficiently. The energy usage of smartphones is decreased significantly, though it differs by the screen technology of the phones. Due to this feature, users with weak vision or those with bright-light susceptibility will be benefitted the most. Furthermore, the theme can be applied to the apps working on the smartphone and the Android System User Interface.

There is good news for all the parents who are always concerned regarding mobile usage by their kids as with this update; a built-in parental control feature is also there. Parents can examine everything their kids are using, and that too, with the duration of the usage. Through the Family Link feature, this functionality is made possible that lets parents to set the everyday screen time limits and allow app installs. Through this feature, additional time request can be demanded by children for using the apps, and the parents have the authority to accept or deny the same.

Locating the navigation drawer inside applications is enhanced with adding on more beneficial controls for the back gesture. There were glitches in this feature in the starting, and most of them are now fixed in Beta 5 release. It is challenging to swipe in diagonally from the lower right or left-hand corner for accessing Assistant.

Google has taken foldable phones as a serious matter of concern. It may be possible to pause/ stop the app by folding the app and resume the same when the phone is opened again. The strength of the app to be resized will also be viewed, something the potential users of Huawei X and Galaxy Fold will admire a lot.

What will Android Q not possess?

The NFC (Near-field Communication) peer-to-peer sharing method, which was the section of the previous version, will not be covered within this latest update. Google-authenticated that putting smartphones back-to-back will not result in data transfer in beta and final software both.

Various smartphones have compatibility with the developer preview of this update, and some of the same include:

The technological world keeps on altering itself for better and bringing something new for the world. Android Q is the one which will bring a change for the better. The features of this Google’s Android Q update testify that it is a revolutionary change from the realm of smartphones, not just a regular update. The features of the latest version will benefit many not only the users but also android application developers along with android app development company as well. It is suspected that other smartphone models have compatibility too with this update, and we wish the same happens.