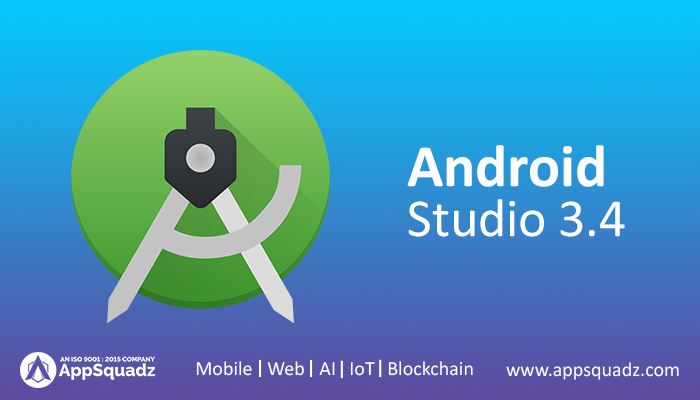 On 17th April, tech giants launched Android Studio 3.4, which is now available to download on various platforms like Windows, Mac, Linux, and others. Being the latest version of an integrated development environment, it aids in the workflows of Android app developers in building an app and managing its resources.

The new version is backed up with many improvements at the performance level with bug fixes as a part of the Project Marble by the Android Studio Team. Though the release has a small set of new features these address the core issues faced by the developers in building applications and managing the resources as exclaimed by the product manager Jamal Eason.

The new R8 replaces the default obfuscator-Proguard which shrunk the code with a better project structure dialog along with a new resource management tool for the applications and the Android Emulator which is backed up by the Android Q Beta.

Let us look at the newly incorporated features in central areas of mobile app workflow:

Earlier, it was challenging to manage navigation and asset on the Android Studio. It was hard and clumpy to operate when the complexity of the app increased. The new resource manager can visualize the layouts, colors, and drawables all together in the app. The new panel is capable of supporting the bulk asset with drag and drop options. The new attribute added to the tool will augment the usability of the application and provide an exceptional asset management experience.

While working with the latest libraries like Jetpack and Firebase, the new updated version is intelligent enough to recognize the standard classes in the libraries. It will suggest necessary library based import and dependence statements with its import intentions and save the user’s time and assist them to stay updated with the code.

The new panel will help to refine and polish the product with a single pane that has collapsible sections for properties in which the errors and the warnings come in highlighted colors with a resource binding control for all the properties.

With the improvements in the project structure dialog, the users will be able to enjoy a new user interface front end that will allow the developers to arrange and manage the project at the module level and handle Gradle project files. New variations can be built using the new PSD to improve the configurations of the files.

Two years back, R8 was seen as a replacement of the Proguard. R8 helps to eliminate the unused code and reducing the size of an APK by combining three steps of design, desugaring, and shrinking in one step. Further, the actual code even does not take much space. So, it is a default code shrinker that can be built using Android studio 3.4 and Android Cradle plugin.